Could time spent slowing down and immersed in woodland (i.e. forest bathing) help in the fight against cancer?

Perhaps you also feel a sense of something ‘other worldly’ as you enter the woods? The forest has long been associated with magic and spiritual energy in fairy tales, but there’s a growing body of evidence that links the forest’s therapeutic properties with real health benefits for humans.

The many benefits of spending time in woodlands 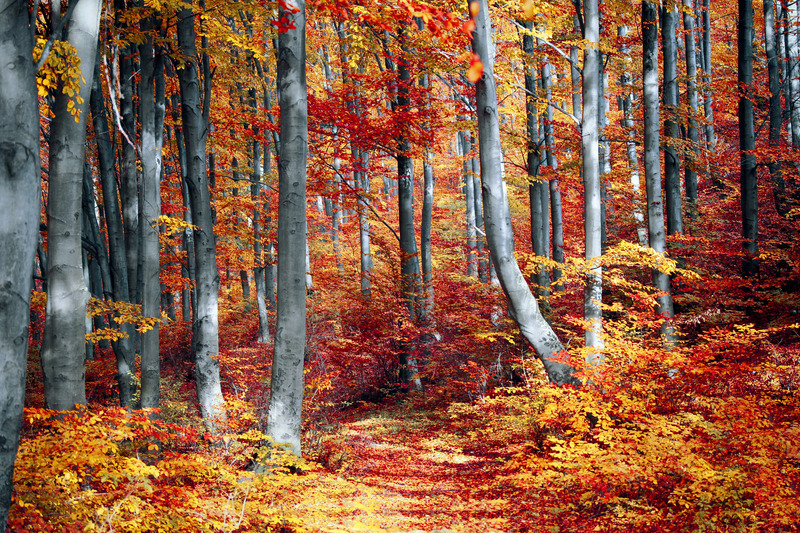 In Japan, Shinrin-Yoku, defined as ‘making contact with and taking in the atmosphere of the forest’ – usually abbreviated to the rather misleading ‘Forest Bathing’ — has been considered a form of preventive medicine since 1982.

The term was coined by the Japanese Ministry of Agriculture, Forestry, and Fisheries, when they discovered that the practice of slowing down in nature while breathing deeply among the trees lessens stress, boosts immunity (helping to fight against cancer and viruses) and lowers blood pressure. It’s been prescribed as a preventative medicine ever since, and Japan now has over 70 designated Shinrin-Yoku forests. Read more about the practice in Japan in my previous blog.

The wellbeing pursuit spread across Asia, Scandinavia and has now made it to the UK and the rest of the western world. On my 8-day residential training course in the Forest of Dean, I was with students from South Africa, Columbia, Canada, Ireland, The Netherlands, The US… 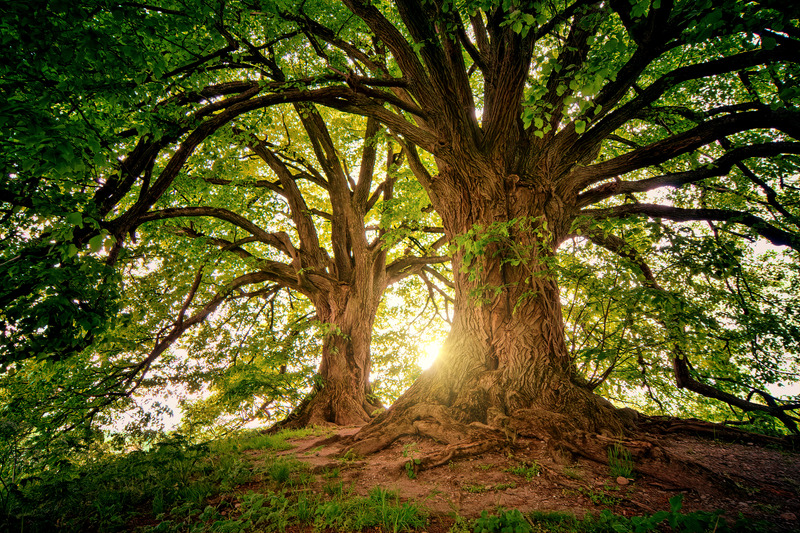 Recent studies in the UK by the University of Derby, The Forest Bathing Institute and Surrey NHS Trust show that soaking up the forest environment with all your senses — slowing down, noticing the calm atmosphere, listening to the bird song and gentle crunching of twigs underfoot, deeply inhaling the scents — reduces cortisol (the body’s primary stress hormone) and activates the parasympathetic (self-healing) nervous system.

But is this knowledge new? Or are we simply going back to our ancestral ways; seeing nature as something we are part of rather than to be consumed, working with nature in a symbiotic relationship (as you develop compassion for nature, you protect it by behaving in more pro-environmental ways), and spending more time outdoors? This is what we have always known but have forgotten thanks to the ‘afflictions’ of modern-day life.

It’s very well understood the damaging effects stress has on the rest of the body and mind and Forest Bathing is now being prescribed as a ‘green prescription’ in Surrey. Hopefully, this will spread across the country soon.

Can Forest Bathing help in the fight against cancer? 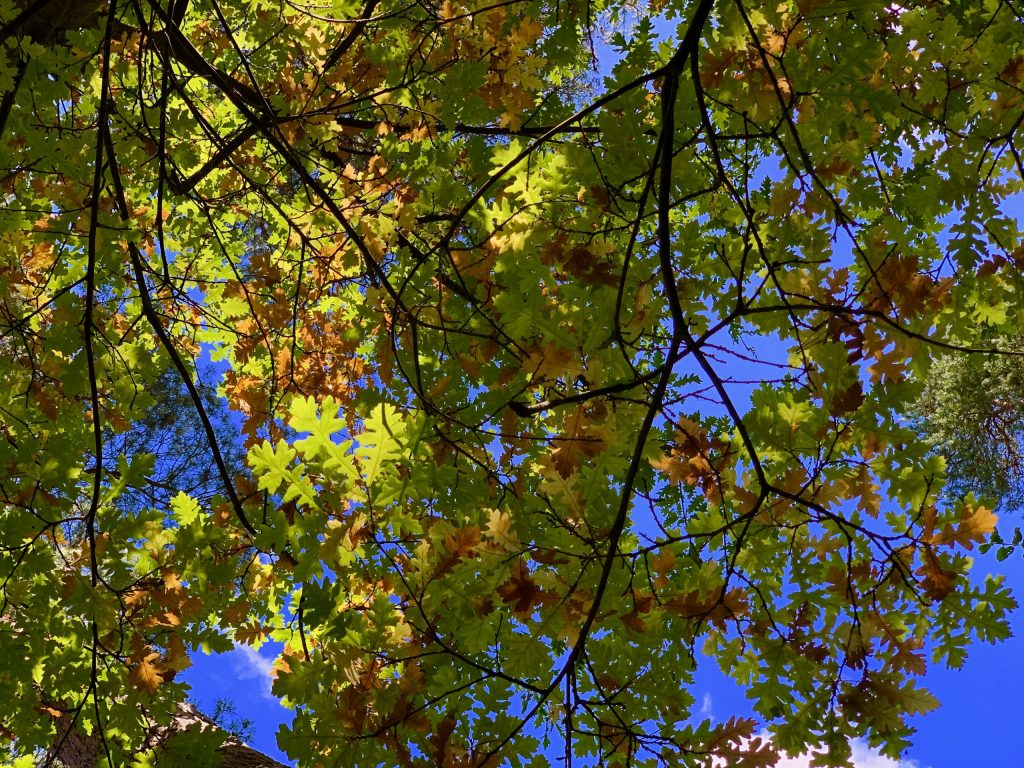 So why exactly, is the outdoors and in particular woodland so beneficial for health? There is some evidence showing that the inhalation of beneficial phytoncides emitted by trees (particularly oaks and conifers in the UK) also supports human health. Phytoncides are natural compounds that are volatile and have antibiotic properties. Studies have reported they have the ability to improve disorders such as asthma, Multiple Sclerosis and Parkinson’s disease.

Various chemical and pharmacological studies have also shown that they exhibit anti-oxidative, anti-inflammatory and anti-microbial properties, and been found to modify the count of, and activity in white blood cells known as NK cells thus providing a protective effect and making it a possible alternative for cancer management.

Exposure to phytoncides has therefore shown potential to be beneficial to early and terminal cancer patients, not only through psychological aspects of stress reduction and peace but also scientifically by increasing the number of NK cells and the level of various intracellular anti-cancer proteins. So yes, perhaps Forest Bathing can help in cancer management.

So what is Forest Bathing?

A group Forest Bathing experience includes opportunities for guided meditation, shared reflection and deep relaxation but it’s also possible to start practising alone, at home, in your garden, in nearby woods or in a park. Listening to birdsong with your eyes closed, even through a window can be incredibly healing, as is standing or walking barefoot on grass or moss.

My non-contact, guided sessions are held in a variety of ancient woodland locations in Hampshire and Berkshire, usually in small groups of around 10. The experience is immersive and lasts 2-3 hours so that a state of deep relaxation can be reached. In addition to adult and family sessions, I now work with several progressive local businesses that are taking positive steps to look after their employee’s mental health. Find out more.

I’m an accredited Forest Therapy Guide with the Global Institute of Forest Therapy (GIFT) and completed Mindfulness and Meditation training with the Forest Bathing Institute. Passionate about taking traditional talking therapies one stage further, I believe that a connection to nature plays a vital role in healing and maintaining our emotional wellbeing. I live in Winchester, Hampshire with my son who adores the outdoors just as much as I do (my greatest achievement yet). 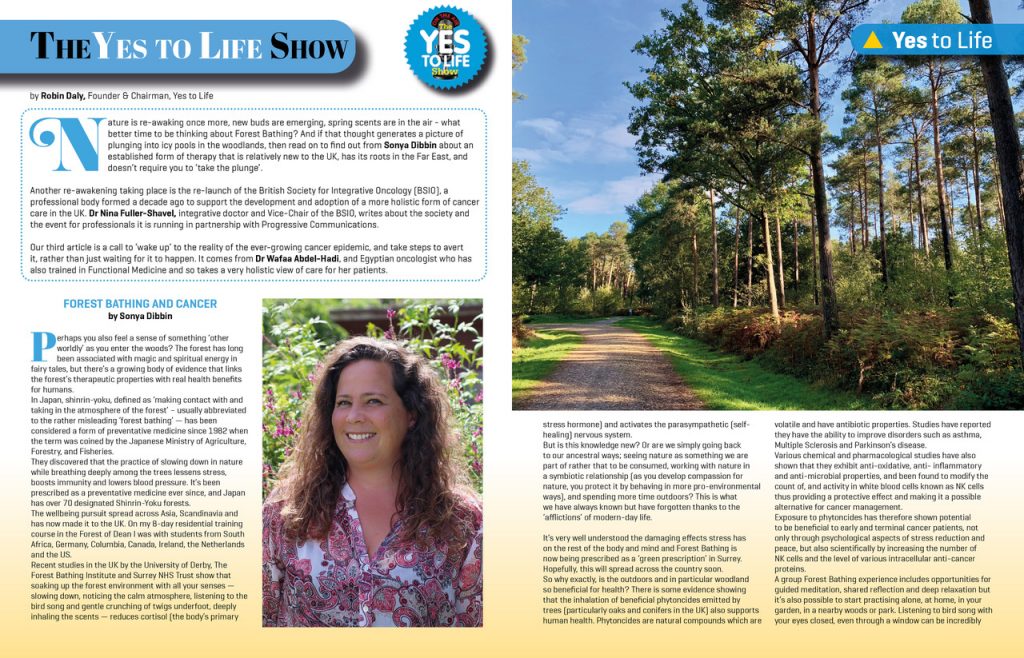 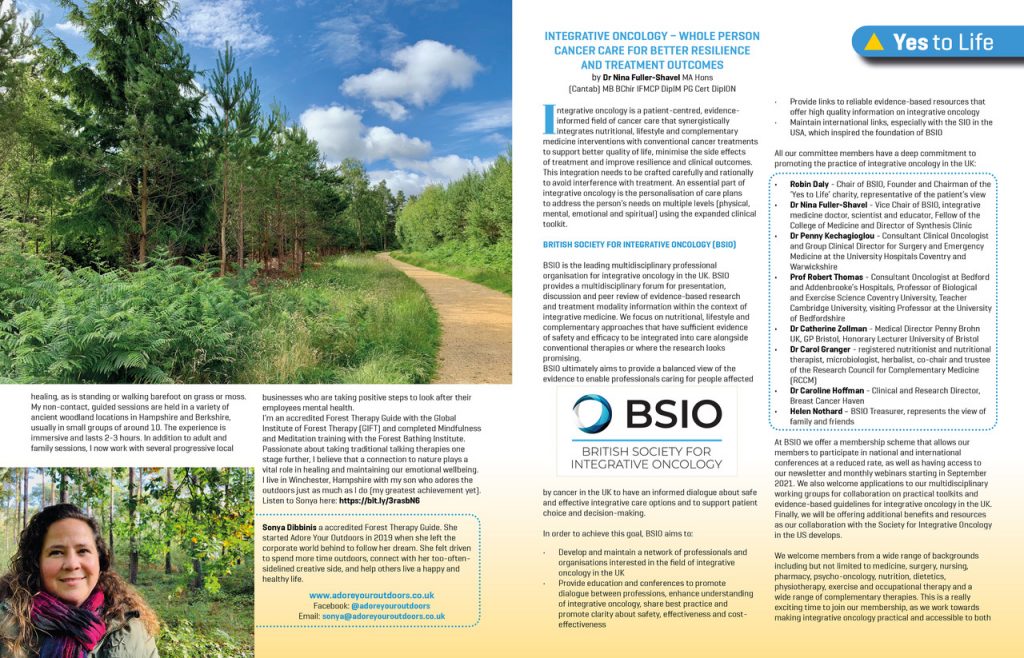 Article published in Health Triangle magazine in May 2021